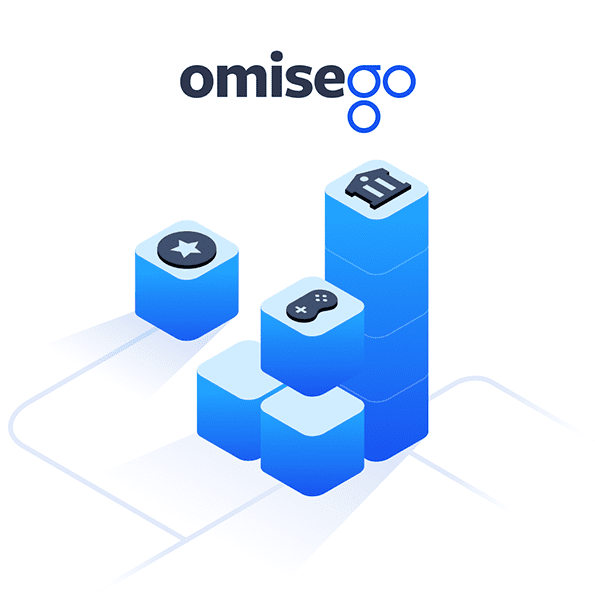 OmiseGO is a project led by Thailand-based payments technology company Omise. Omise has a wide presence in South East Asia and Japan presently. Omise enables online and offline payments for businesses in the region.

The OmiseGO project was conceived to utilise blockchain technology for enabling exchange of any currency or asset, on a secure, asset-type agnostic and third-party independent platform.

The OMG network, built on the Ethereum blockchain, aims to connect various stakeholders involved in the process of exchanging any currency or asset on to a single interoperable platform – from payment gateways to banks, exchanges, clearinghouses.

It establishes trust between intermediaries right from acquisition to the settlement stages during the transaction process. This is done through a decentralised exchange that operates with a single, shared ledger which immutably records the entire transaction.

Owners of the OMG token are able to stake their tokens which allows them to participate in validating the blockchain and earn fees in return.

The OMG network is built comprising the following main components which are its major strengths:

The proof-of-stake consensus mechanism of the OmiseGO blockchain protocol has a Decentralised Exchange built into it.

Here’s an example of a situation. Transferring USD between two users is a simple process for a payment service provider such as Venmo because both the users are on the same network. The same Venmo user, however, can not make a transfer to a user outside the Venmo network – say an AliPay user in China who is using RMB as the main currency.

This provides for unprecedented liquidity of various assets across borders on a single platform. The exchange happens in a trustable, verifiable and secure manner through built-in smart contract protocols. Trust is created by the proof-of-stake model where OMG stakers act as validators for transactions initiated on the DEX.

The eWallet SDK addresses the function of providing a plug-and-play solution for payment service providers. Right from account creation to transaction execution, the entire process is handled securely on the OMG blockchain which is already supported by the DEX. The SDK brings to market a borderless, currency agnostic tool that has the ability to transform the on-boarding process into the financial system for the still unbanked population in several parts of the world.

To explain simply, Plasma architecture proposes a blockchain or many blockchains that run within a root blockchain (Ethereum in the case of OMG). Child chains work autonomously, computing their own set of smart contracts, and only periodically relaying state information to the root chain.

The phenomenon of child chains computing and holding their own data in turn reduces the load on the main network. The root chain’s involvement is isolated to only resolving a dispute on the child chain through the state information captured and recorded.

OmiseGO in the mainstream:

The OmiseGO Network infrastructure’s versatile ability to be secure, scalable and autonomous makes it a strong contender to become the leading financial technology provider in the world.

While the scope of this post does not address in detail the nuances of the technology in absolute detail, it is evident that OMG can manage right from a micro P2P transaction to a large volume of valuable assets moving across the globe on a secure platform with speed and accuracy. By efficiently managing both fiat currencies and digital assets, it can reduce the inefficiencies of various third parties that lack agility and interoperability. All this, along with a vision to bank every unbanked individual on the planet makes OMG one of the most impactful blockchain solutions available presently.